IFRS 16: A New Lease of Life for School Finances?

Are you aware of the update around IFRS regulations that was released on the 2nd March 2022? And how this could benefit your school finances? You would be forgiven for missing the newest update from the Department for Education.

In this article you’ll learn:

What is the IFRS? – plus other lease modifications you need to know

All UK companies are required to meet the standards laid out by the foundation in their financial statements.

Although there are no enforced penalties for IFRS 16, non-compliance can seriously harm organisations’ chances when it comes to accessing capital markets.

This means businesses could face a tricky situation regarding credit and obtaining it, which could make an unfavourable mark on their financial records. These are easily spotted by potential investors when checking out balance sheets, often causing them to pass on the business altogether.

Does IFRS 16 apply to schools?

In addition to public companies, the Department for Education also applies these rules to all publicly funded UK schools and academies.

Under the terms of the Education Act 2002, finance leases can only be arranged by publicly funded UK schools with the prior consent of the Secretary of State. Academies are also subject to the same restriction set out in the Funding Agreement and Academies Trust Handbook.

What are the different types of leases?

Up to January 2016, the standards were different for operating leases (as opposed to finance leases) – because the IAS 17 (International Accounting Standard) applied only to the latter. As a form of borrowing, finance leases were classed as a liability, and detailed requirements were laid down for their presentation in statutory accounts.

Operating leases were seen as a form of rental agreement.

This meant any accounting for lease payments was merely recorded as – as the name suggests – an operating expense in profit-and-loss accounts. Most notably, no recognition on balance sheets is required.

This type of lease was the only one available to UK schools without having to seek prior consent from the education authorities.

However, this quickly changed.

The Foundation then ruled that operating leases should be treated the same as finance leases and, in January 2016, IFRS 16 replaced IAS 17 – meaning both types of leases now have to ask for approval when it comes to their financial assets.

Before this update to this regulation by the IFRS Foundation, publicly funded UK schools and academies could only arrange finance leases with the prior consent of the Secretary of State. This was outlined under the terms of the Education Act 2002 and the Funding Agreement and Academies Trust Handbook.

However, operating leases were freely available to UK schools as they didn’t have to seek prior consent from education authorities. This is because it is seen as a form of the rental agreement and is recorded in school financial statements as an operating expense.

Since then, it has been ruled that operating leases should be treated as a finance lease – meaning schools can no longer take out either without prior approval. This is a slight disadvantage.

However, the Department for Education has pre-empted this difficulty by allowing certain assets to be leased under the assumption of that approval – which you can find below.

Handily, existing leases will be ushered into compliance automatically if they are in place by specified dates.

Which assets can schools lease without a formal application? 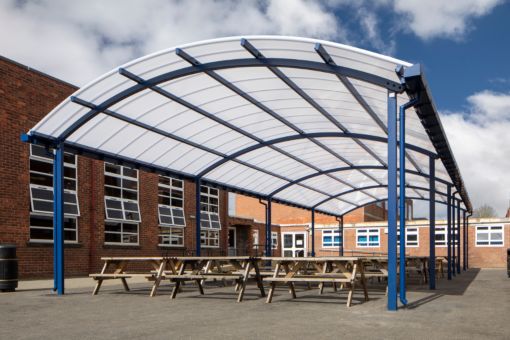 The pre-approved assets were listed by the Education and Skills Funding Agency in an update published on 2nd March 2022. They include:

What Does IFRS Mean For A School Budget Manager?

This means that, unlike before, schools can now finance essential or desirable but capital-heavy projects by means of finance leases – without the fuss of lengthy formal applications to the Secretary of State.

And the best part? Schools can start benefiting from this easier lease access as soon as they have completed the transition to IFRS 16.

“Leasing has benefitted 3 out of 4 of our schools within the Trust so far. It has allowed us to purchase everything from essential catering equipment quickly when old equipment broke down unexpectedly (and for which we didn’t have the funds to replace the equipment with 1 upfront cost), as well as more luxurious items such as lighting and sound equipment for our drama productions. Without the leases, we would not have been able to offer the equipment to the pupils so quickly, if ever.”

Implementation guidance: When are the new IFRS 16 regulations coming in?

For companies and private schools, the new standard came into force on 1st January 2019.

However, for public-sector UK schools, implementation has been delayed – following what was described as an ‘emergency consultation’ by CIPFA (the Chartered Institute of Public Finance and Accountancy).

So, why the wait?

The Institute had become concerned that schools – and their auditors – were nowhere near prepared for the previously planned start on 1st April 2022, in a situation that wasn’t helped by COVID-19. The consultation confirmed its fears.

However, FRAB also recommended that once the Code of Practice on Local Authority Accounting is updated to reflect this delay, it should allow councils and schools to implement the IFRS 16 standard earlier if they wish.

This opportunity should be seized by all school treasurers in order to make the most out of its benefits.

How should I prepare for the IFRS 16 deadline? 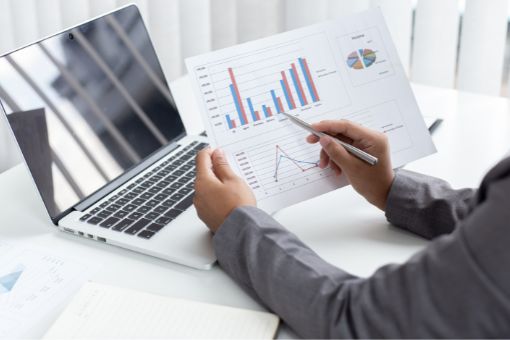 When it comes to organising your school’s plans and financing, this deferral gives managers enough time to coordinate and modify existing procedures and controls to meet the new requirements.

With help from a finance professional or a lease accounting tool, you should:

A thorough review of all existing leases will also be essential.

This is because when IFRS 16 implementation occurs, leases that do not cover any of the grandfathered items listed above will have to be submitted for approval.

Most of those are likely to be for land and buildings – meaning they are set to be the most complicated.

Overall, each qualifying lease must be mapped thoroughly. This accounts for the term, rent payable, interest rate, depreciation, end-of-lease options, and more.

If your school is large – with an extensive range of facilities and equipment – many leases may be required, so take the time to make sure everything is considered.

How will transitioning to IFRS 16 benefit my school?

If you are responsible for budgets at a maintained UK school or academy, you will likely already be aware of these regulatory changes.

However, despite the preparation needed, IFRS 16 leases can improve almost every aspect of the planning and budgeting process – making it much simpler to form an initial application.

They also provide the opportunity to apply for longer-term benefits for pupils, such as more spacious facilities, up-to-date equipment and systems, and a happier institution overall.

As with all regulatory transitions, preparations and implementation will require some effort – especially for schools with a variety of operating leases already in place.

Schools will be freed from lengthy and cumbersome applications in respect of finance leases, as the new rules will make it much easier to obtain permission for a low-value asset on new structures, furniture, or equipment.

That should be enough to encourage you to begin the transition as soon as possible in order to reap the benefits – even before the official IFRS 16 implementation date.

Which leases are exempt from IFRS 16?

Some leases will be wholly outside the scope of the new standard. These are:

Typically, these exclusions will exempt maintenance contracts (on an A&S Landscape playground canopy, for example) or breakdown cover for school vehicles.

Unlike longer-term lease agreements, these will only be shown as an expense in the profit-and-loss statement.

It’s important to note the relevant terms and values when deciding if IFRS 16 applies to a particular lease. The ‘right of use’ condition that underlies the new definition also comes into play, especially when considering leases for land and buildings – making them key markers to keep an eye out for.

For example, if a lease is for a building or space to which your school has sole access, possesses the keys, and has exclusive use for the term of the agreement, a right of use condition is constituted.

In these cases, the building must be treated as an asset, with any maintenance costs reported separately in the school’s accounts even if they are included in the lease.

On the other hand, if space is rented in a large warehouse without sole use – where the school’s area is chosen by the landlord and can be changed by them – it is not a right of use.

This means it is not governed by IFRS 16 and the associated payments are merely shown in the accounts as an expense marked on annual reporting periods.

What are my options?

This decision tree, from Deloitte, gives a clear outline of the planning needed to effectively transition from IAS 17 to IFRS 16.

It also shows why close collaboration with auditors is desirable, if not essential – unless your school is small and makes little use of leasing.

Whichever of the two approaches shown here is most appropriate, the Treasury’s guidance sets out four main areas for action:

You can use these aspects to identify all leases currently in place or under negotiation.

How do I apply these to ‘grey area’ leases?

Are any leases short enough to be exempt from IFRS 16? In this context, you must examine any options contained in the lease to come to a definite answer.

Or if, for example, short-term leases include an option to buy the item, then the lease is not exempt and an application must be submitted to HM Treasury.

Another grey area may be an equipment lease with under 12 months to run that includes incentives to roll the lease over for new equipment at the end of the term. In that case, you should consult the accountants or the local authority, or both.

Another lease that is not exempt – although you might think it is – is one requiring a ‘peppercorn’ payment (a negligible or token amount, completely removed from market value).

As IFRS 16 requires such leases to be assessed at their underlying market value if they exceed a few thousand pounds – although the exact threshold is yet to be advised – an application must still be submitted.

As such, it’s always key to examine any options contained in the lease in order to avoid getting caught out.

Looking to explore your school’s leasing options? Get in touch

To explore new options for equipment, shelters, and more that can be obtained on a lease through these new regulations, why not give us a call, drop us an email or request a brochure? A member of our team will be happy to help.

A Word of Warning

This guide has been put together based on the HM Treasury publication, ‘IFRS 16 Leases: Application guidance’. This was published in December 2020 and so may be modified by the time of the implementation in April 2024. Regardless of whether the guidance has been altered, the final rules will be included in the ‘Government Financial Reporting Manual’.